Axe-Throwing and Arcade Games Come Together at Axecadia in Lapeer, Michigan

A new entertainment center is coming to Lapeer Michigan in Spring 2023. “Axecadia” will feature pinball machines, arcade games, drinks, board games and of course axe-throwing. This is an independent venture by husband-wife team Christopher and Christina Herr. The venue is aimed primarily at adult or teen friend groups and date nights, but will also be family friendly.

Axecadia is one of the newest entrants in a growing trend of social gaming activities. Recreational axe and knife-throwing venues have steadily grown in popularity over the last several years. To many, this hobby may seem anachronistic. After all, it traces its roots back hundreds, if not thousands of years. Axes designed specifically for throwing have been known in Europe since at least the early middle ages. These weapons were intended for use in battle however, and not as entertainment.

The practice of axe-throwing as a hobby purportedly originated with American frontiersmen and dates back to at least the 1940s. Nowadays the largest competitions are overseen by The World Axe-Throwing League (which has been holding tournaments since 2017) and the International Axe Throwing Federation (which was established in 2016). But the current boom in popularity was likely kickstarted by the Backyard Axe Throwing League, which formed in Toronto in 2006.

A typical match involves players taking turns throwing at a bullseye twenty or so feet away. Each player gets five throws at a time and is scored according to the proximity of their throws to the center of the target. In order for a throw to count, it must rotate in the air. A match can be played in teams or solo, with pairs being a common setup in casual play.

You could think of axe throwing as being somewhat like darts, on a much larger scale. There is an increased element of risk, but the sport is surprisingly safe with proper protections in place and injuries are rare. The feeling of danger may even be adding to its popularity, lending an edginess comparable hobbies like disc golf don’t have. The axe-throwing industry has seen sustained growth over the past few years and there are well over 350 locations to throw at in the US alone.

Axecadia, if successful, could be a great example of how this activity can be integrated with more traditional arcade elements, following in the footsteps of others like Bounce in Milwaukee, Corky’s Gaming Bistro in Texas and Twenty Brew Bar and Axe Throwing in Colorado.

Christina and Christopher Herr may be on the cutting edge of the industry here. 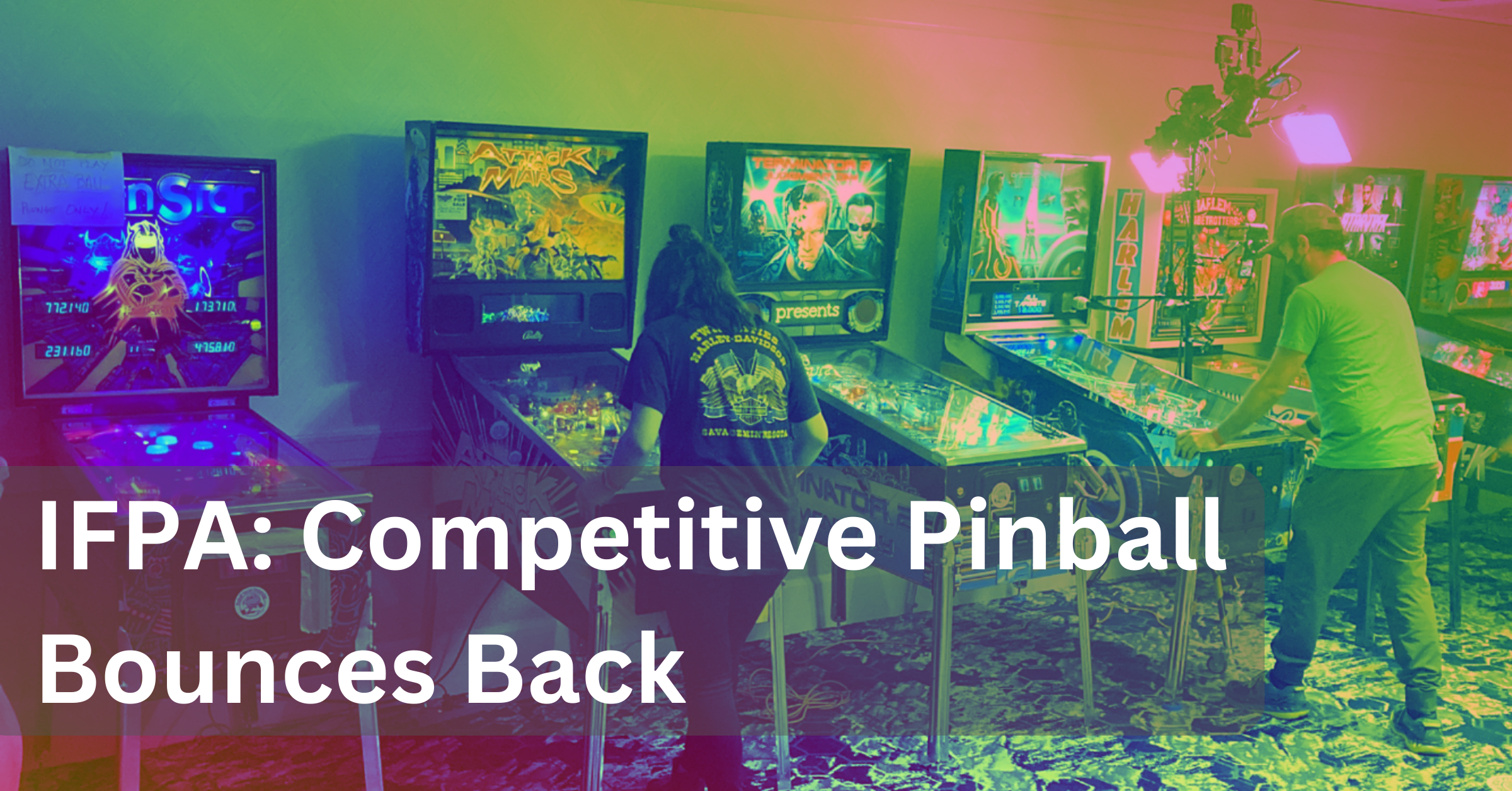 IFPA: Competitive Pinball Bounces Back in 2022