The pinball world is a small one. If you're in it, or really just a big fan of it, you know all the names. And if you know all the names, you probably also know that George Gomez is one of the biggest names in the business. As an EVP and Chief Creative Officer at Stern Pinball, George has had a hand in designing some of the most popular pinball machines in recent memory. Whether it's Medieval Madness, Monster Bash, Deadpool, Johnny Mnemonic or any of his other creations, there's no doubt that George knows how to make a great pinball game.

With his next pinball design, Stern's James Bond, reveled and coming to public locations and home arcades in the next few months, we figured it'd be a fun exercise to look back on Gomez's work as Game Designer to see how a ranking of his best pinball creations shakes out.

Before we get started, it's important to note that this is all subjective opinion. Your personal list may differ from ours, which is part of the fun of pinball fandom!

Let's get started. But first, some background for those new to the pinball hobby.

Who is George Gomez?

George Gomez has had a storied career in pinball and the game industry at large.

Currently, Gomez is an EVP and Chief Creative Officer at Stern Pinball. He oversees the rest of the design team, and although his design output of late has been somewhat prolific (Batman 66, The Beatles, Deadpool), he is not on the regular cornerstone release schedule like other Stern designers you may have heard of (like Keith Elwin, John Borg, etc.). Instead, think of George Gomez like the ultimate player coach. His primary job is the lead the team to victory, but every now and again he can step in and make a play. For example, he designed Deadpool only after a previously engaged designer was unable to complete the machine. He stepped in to make James Bond only due to previous designer, Steve Ritchie, leaving the company.

Prior to working at Stern, Gomez had roles at famed pinball manufactures Bally and Williams Electronics where he designed iconic titles like Monster Bash, Revenge from Mars, Johnny Mnemonic and NBA Fastbreak.

Besides pinball, George Gomez has some background in arcade and console video games (he was on the design team for the 1982 arcade classic, Tron), other coin-op amusement games, slot machines, and even inventing toys for companies like Tonka and Galoob.

In our humble opinion, the top of Gomez's design list is pretty clear cut. Monster Bash is viewed as one of the best games of all time. Deadpool has come on strong since its release and Lord of the Rings is always in high demand with fans clamoring for a vault edition of the machine. It's the middle-to-end of the list that gets more difficult. A lot of people would rank Batman 66 higher, however that game owes so much to the code of programmer Lyman F. Sheats Jr. The end of the list comes down more to personal preference with games like Transformers, Batman (The Dark Knight) and 2012's The Avengers not making the cut.

So without further ado, here's the list of George Gomez's best pinball machines:

What else can we say about Monster Bash? It's an iconic game from the 90s Bally/Williams Golden Age. It's got approachable rules, a fan layout that's fun to shoot, and all the toys and crazy wireforms that make this a true world under glass. There's a good reason why it commands a premium on the resale market and Chicago Gaming Company chose to remake the game in recent years.

Maybe it's a hot take, or maybe just recency bias, but we think Deadpool could be in the running for George Gomez's best game ever. Yes, one day, we could look back on his career and say that Deadpool was ultimately better then Monster Bash. Of course, it'll be near impossible to break the nostalgia hold that Monster Bash has on much of the pinball fandom, but it could happen! Deadpool is a ton of fun to shoot and like Monster Bash, it's a very approachable game for newcomers and has enough depth to keep collectors pressing the start button.

Lord of the Rings is a master class in theme integration, incorporating assets from all three of Peter Jackson's film adaptations and even including voice callouts from some of the original cast. Like most other games on this list, it's a lot of fun to shoot. Among serious collectors, Lord of the Rings does have a bit of a negative rep for its longer ball times, but depending on the type of player you are, long ball times may not be a bad thing! Current pinball fans are definitively clamoring for Stern to release a vaulted edition of LOTR sometime soon.

Batman 66 is an incredibly fun game, particularly in a home use situation where you have some serious time to spend with the machine, exploring all the modes and point scoring opportunities. However, we think this has way more to do with Lyman's deep and well integrated code then its design per se. Being totally honest, sometimes the game can feel just a touch clunky and doesn't feel like it always has the depth of shots that other games on this list have. But, it has high replay value and there's a ton of stuff to do, so it remains high on this list.

If you want a great shooting game with oodles of flow and kinetically satisfying shots, Johnny Mnemonic is your machine. For good pinball players, Johnny Mnemonic is almost too flowy, and can suffer from long ball times and relatively easy gameplay. But it's so much fun to play. For us, it ranks with games like The Shadow and World Cup Soccer as an underrated tier of top pinball games from the 90s era.

NBA Fastbreak is unique for modern pinball due to its scoring mechanics, as its goal is to make the player feel like they are playing in an NBA game rather then shooting for a high score on a pinball machine. Which is why the scoring system is analogous to a real NBA game, scoring 1, 2, or 3 points at a time depending on the type of shot you're going for. Like other George Gomez games, its a joy to shoot, and the central basketball toy is underrated for its time.

Sure, The Beatles is just a re-skin of Stern Electronics' 1980 classic, Seawitch. But, we think there are enough changes and updates to make The Beatles worthy of a spot on this list. It's superior to the original in just about every area of gameplay, and its single level and fast design keeps it interesting on multiple replays. It's a shame that the game's price (at the time of its release) kept it out of many collectors hands, because it's a lot of fun to play.

The Sopranos is a bit of an underrated game in Gomez's catalog, and it enjoys a bit of love from pinball diehards and the competitive set. For fans of The Sopranos TV show, it's got a lot to love from a theme integration standpoint. Otherwise, it can be a fairly simple game and the shot layout doesn't always land, which is why it's a bit lower on this list.

Sure, Revenge from Mars was certainly groundbreaking for the era, and it sold decently well for the time. But, the Pinball 2000 concept ultimately didn't work out for Bally and the broader pinball industry. At the end of the day, Revenge from Mars is basically lesser Attack from Mars, which makes it a good game in its own right, but we'd rather play AFM if given the choice.

George Gomez's first game as game designer, Corvette is a solid machine that offers a lot of fun for pinball enthusiasts. The revving engine toy in the corner and the little cars that you need to race add fun and variety, while the multiballs and video modes are pretty fun for the era. Although it's not as flashy as some of his later games, Corvette is still a lot of fun to play and is worth checking out for any pinball fan. 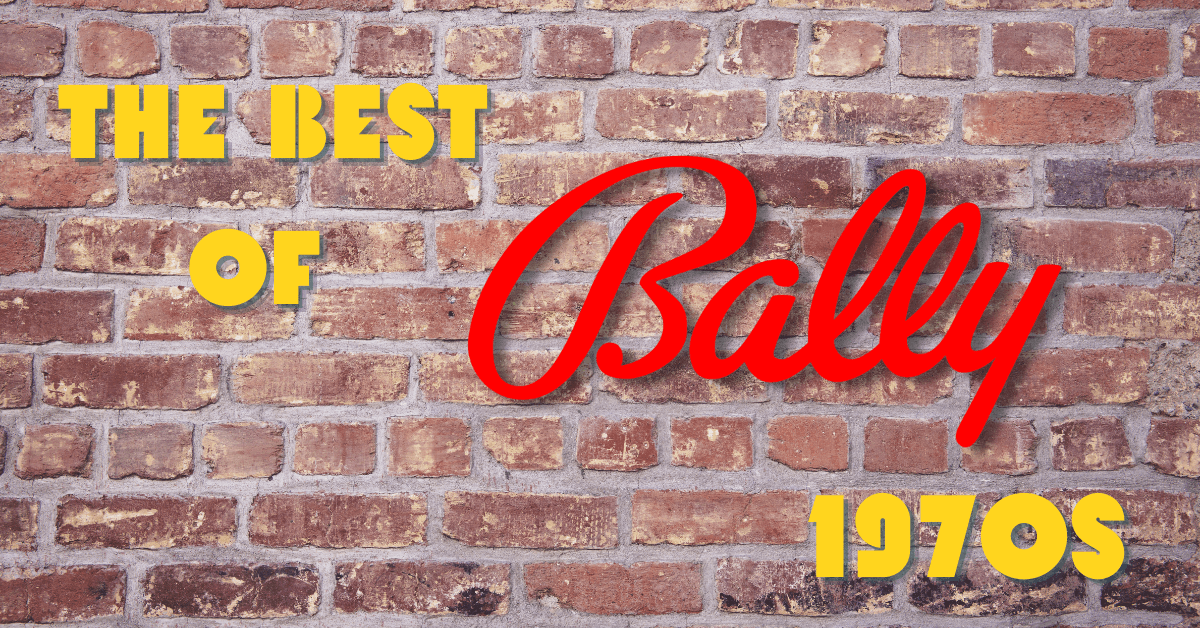 Ranking The Best Bally Pinball Machines from the 1970s: A Roundup for Arcade and Pinball Fans

When you were growing up, do you remember the hours spent at the local arcade playing your favorite pinball machines? If that's you, and you've still got an eye for the legendary silverball, then you'll love this roundup of the best vintage Bally pinball machines from the 1970s. 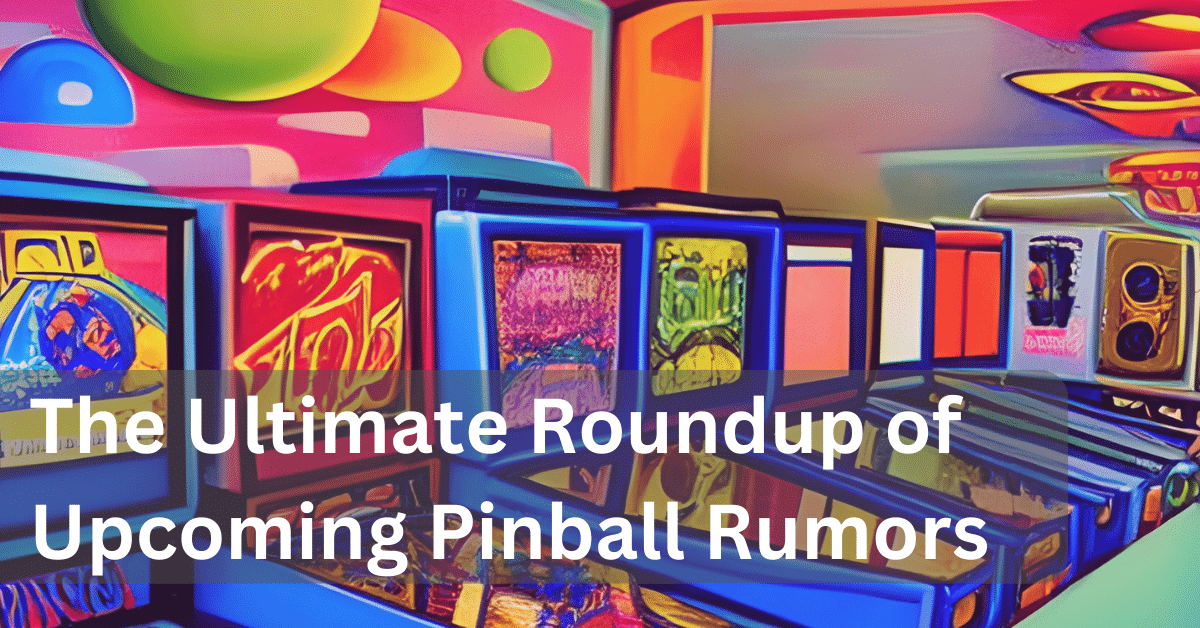 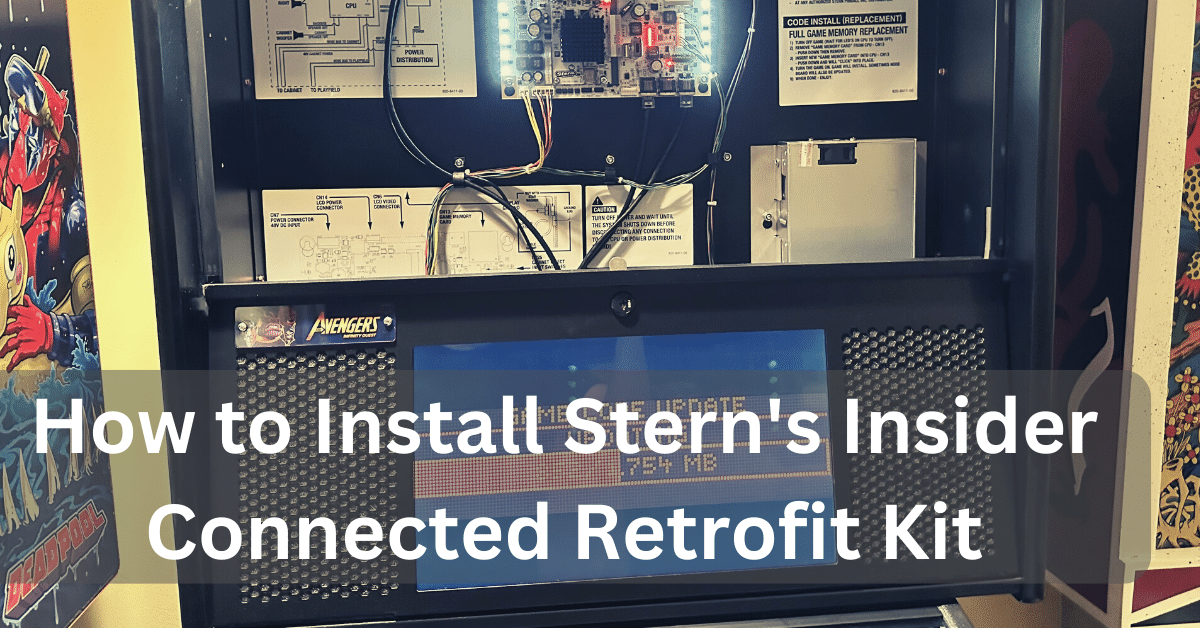 If you're a fan of Stern pinball machines, then you're going to love the new Stern Pinball Insider Connected kit! This amazing new system allows you to connect your machine to the internet and access a variety of features, including game updates, special achievements, progress tracking, and more. Your Guide to the Wide World of Star Wars Pinball Machines