The year? 1999. There were disappointments, for sure: Shakespeare in Love won Best Picture over Saving Private Ryan, The Phantom Menace ended up being The Phantom Meh-nace, and the year ended with Y2K being nothing. (Boooring. Bring on the technology apocalypse!)  But we did get something spectacular; crazier than The Matrix’s bullet-time, crazier than Smash Mouth topping the charts…we’re talkin’ the Crazy Taxi arcade craze.

What is Crazy Taxi?

The (in our opinion) best original video arcade game released in 1999 was Crazy Taxi. As crazy as its title suggests, the Crazy Taxi arcade game from SEGA let you sit behind the wheel and drive —whether or not you were old enough to have a license.

You took the wheel as one of four drivers: Axel, B.D. Joe, Gena, and Gus. We never learned what B.D. stood for, but we have one raunchy guess. You selected your character by pressing the gas pedal—can we make more decisions in life by pressing a gas pedal? Besides the aforementioned gas pedal, controls also included a physical steering wheel and gear shifter.

As the driver of said crazy taxi, you as the player would cruise around town at breakneck speeds in your car and pick up passengers. The passengers would have indicators on top of their heads indicating the distance they needed to go. You’d get the most dough for longer green trips and less for shorter red trips. Destinations you’d pick up and drive customers to included Tower Records, Pizza Hut, Kentucky Fried Chicken, and a FILA store—and no, we’re not making any of this up.

During normal game play you had a set amount of time to drive your taxi around and rack up as much money as possible. You’d get extra cash by doing tricks and stunts—think Tony Hawk’s Pro Skater meets a driving arcade game. At the end of your run, you received a license based on how much cash you accrued. Players usually ranged from a lower “E license” to an “S license”—though the more hardcore gamers were able to achieve the “Awesome license” or the ultimate “Crazy Taxi license”.

For all you video and arcade game history nerds out there, the Crazy Taxi arcade machine was the first upright driving game in SEGA’s NAOMI universal cabinet. NAOMI is not named after ’90s babe Naomi Campbell—it stands for “New Arcade Operation Machine Idea.”

TL;DR? The Crazy Taxi arcade machine was so, so cool—it made Cruis’n USA look like it was for poser baby drivers.

Its high-octane driving, and killer soundtrack by The Offspring and Bad Religion propelled Crazy Taxi to the top of the charts. If your local arcade had the Crazy Taxi arcade machine, you can bet there was a long line of people waiting their turn to play. The 2000 Sega Dreamcast console port of Crazy Taxi was one of the best-selling arcade games ever on the console. The game’s popularity led to it becoming the best “f” word: a franchise. Here’s the rest of the entries in the game franchise:

More of the same game play and features, but now you can pick up multiple passengers from one destination (including a bunch of guys in suits that could not look more like your local ska band).

Vegas, baby! Er, wait... Glitter Oasis, baby! This new map was a gamble that paid off.

The tire-screeching thrills of the previous games—now on Game Boy Advance.

You get a Crazy Taxi console port too, PlayStation Portable! This one’s got a killer feature too - multiplayer mode!

Temple Run was popular at the time. Guess which game this mobile version is like?

Unfortunately, this is not Rollercoaster Tycoon But With Taxis. Originally called Crazy Taxi Gazillionaire, this free-to-play mobile game got discontinued pretty fast.

The lesson to take away from all this? Original Crazy Taxi arcade machine > every other version. Also, whoever named these had one job—and they failed. (Catch a Ride? Fare Wars? Tycoon? To quote Gob Bluth, “COME ON!”)

In fact, the Crazy Taxi arcade game was so popular that director Richard Donner (Lethal Weapon, Superman, The Goonies) wanted to make a Crazy Taxi movie, but couldn’t figure out a story due to the game’s limited plot.

Our idea? Donner directs his grown-up Goonies, who take over the Crazy Taxi dispatch and race around town picking up customers (and clues to finding One-Eyed Willy’s even bigger treasure stash).

Or, OR, Robert DeNiro plays a sillier multiverse version of Travis Bickle in Crazy Taxi Driver. SEGA, you know where to find us.

Where Do I Buy a Crazy Taxi Arcade Machine?

Looking to find a Crazy Taxi arcade machine for sale? No need to spend crazy money. Buy Crazy Taxi arcade machines by going one of these routes. Or go your own way. Like the directional arrow in Crazy Taxi, we’re just here to point you in one direction and get you to your destination. The rest is up to you, you crazy taxi driver you. Keep checking these avenues and you just might find the machine of your dreams. Here. We. Go!

Hope you find a Crazy Taxi arcade game for sale! If you find yourself having a hard time navigating the buying process, here are some tips to prevent you from going crazy.

(Fun fact: In a rare case where The Simpsons DIDN’T do it first, SEGA sued The Simpsons: Road Rage for stealing their gameplay mechanics, which were under patent. It was settled out of court for what we can only assume was a lot more than cab fare.) 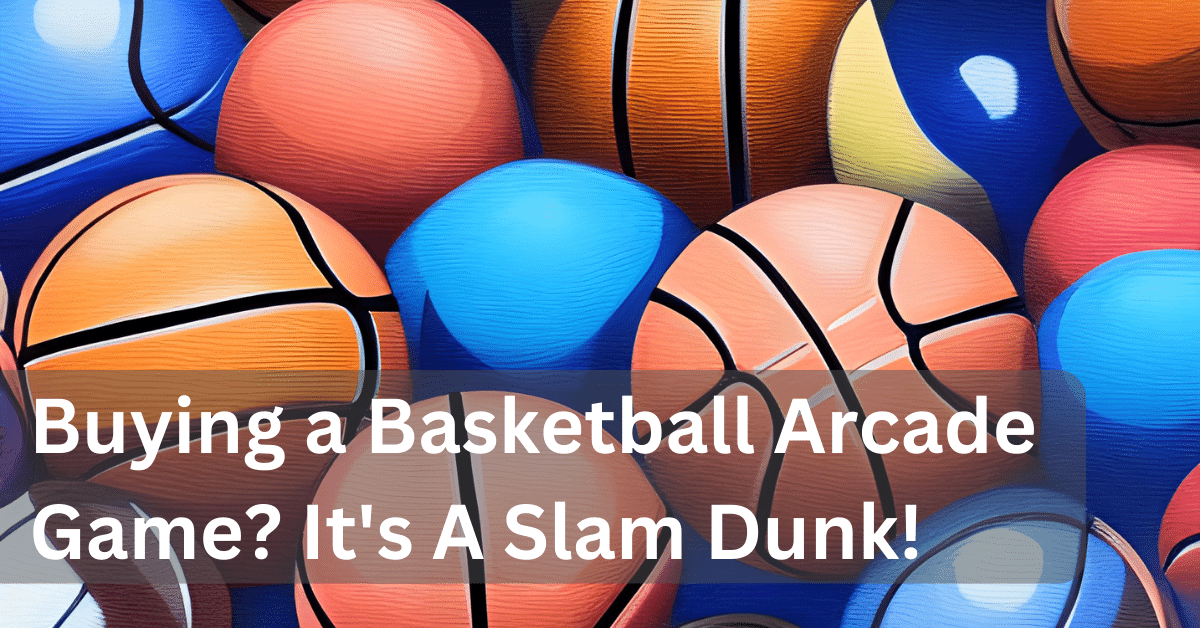 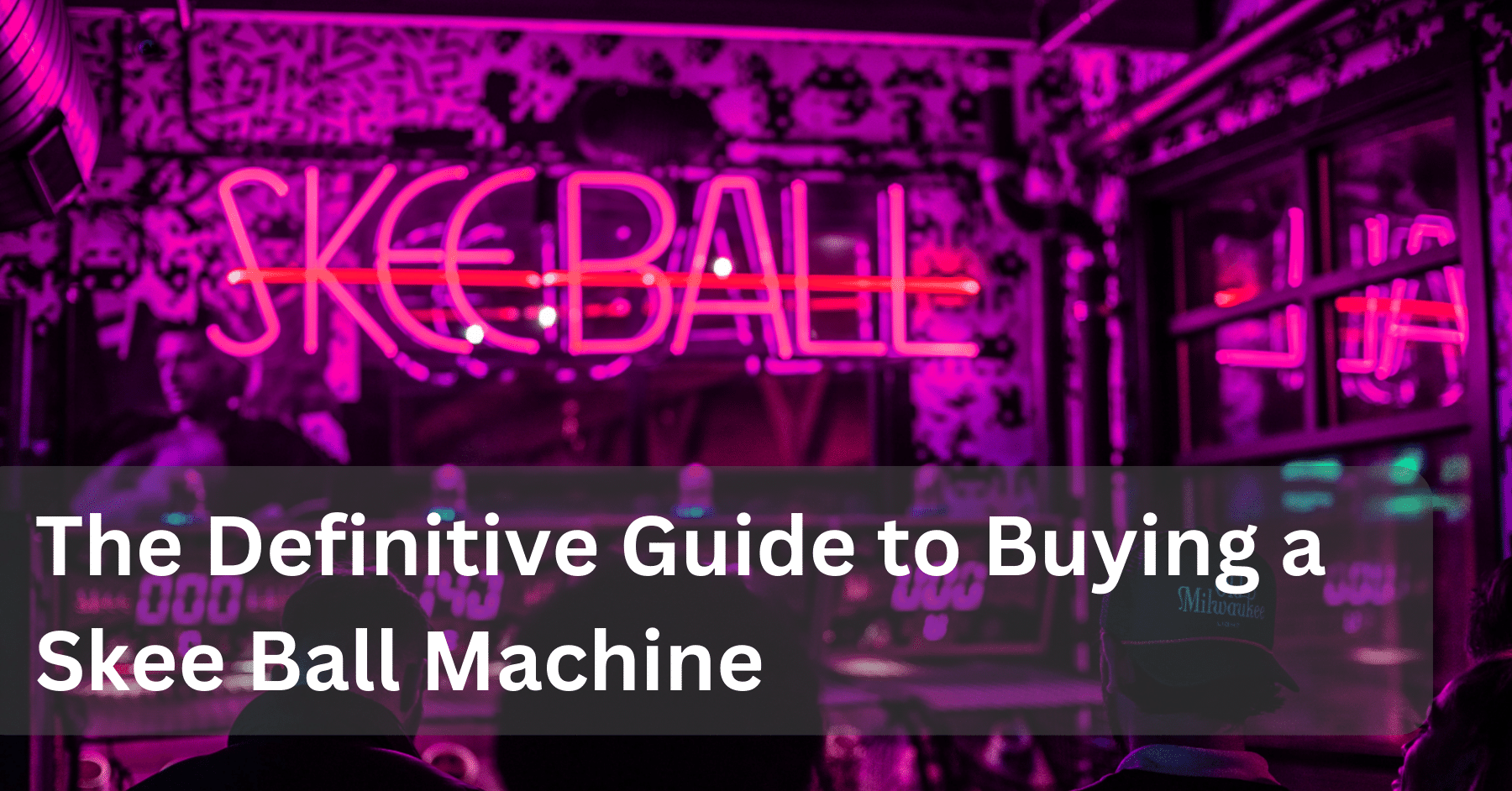 Are you a Skee Ball fanatic? Is there nothing more entertaining or relaxing than rolling that ball down the playfield in search of the perfect score? If this sounds like you, you have probably thought to buy a Skee Ball machine for your home at least once (we know it's true). 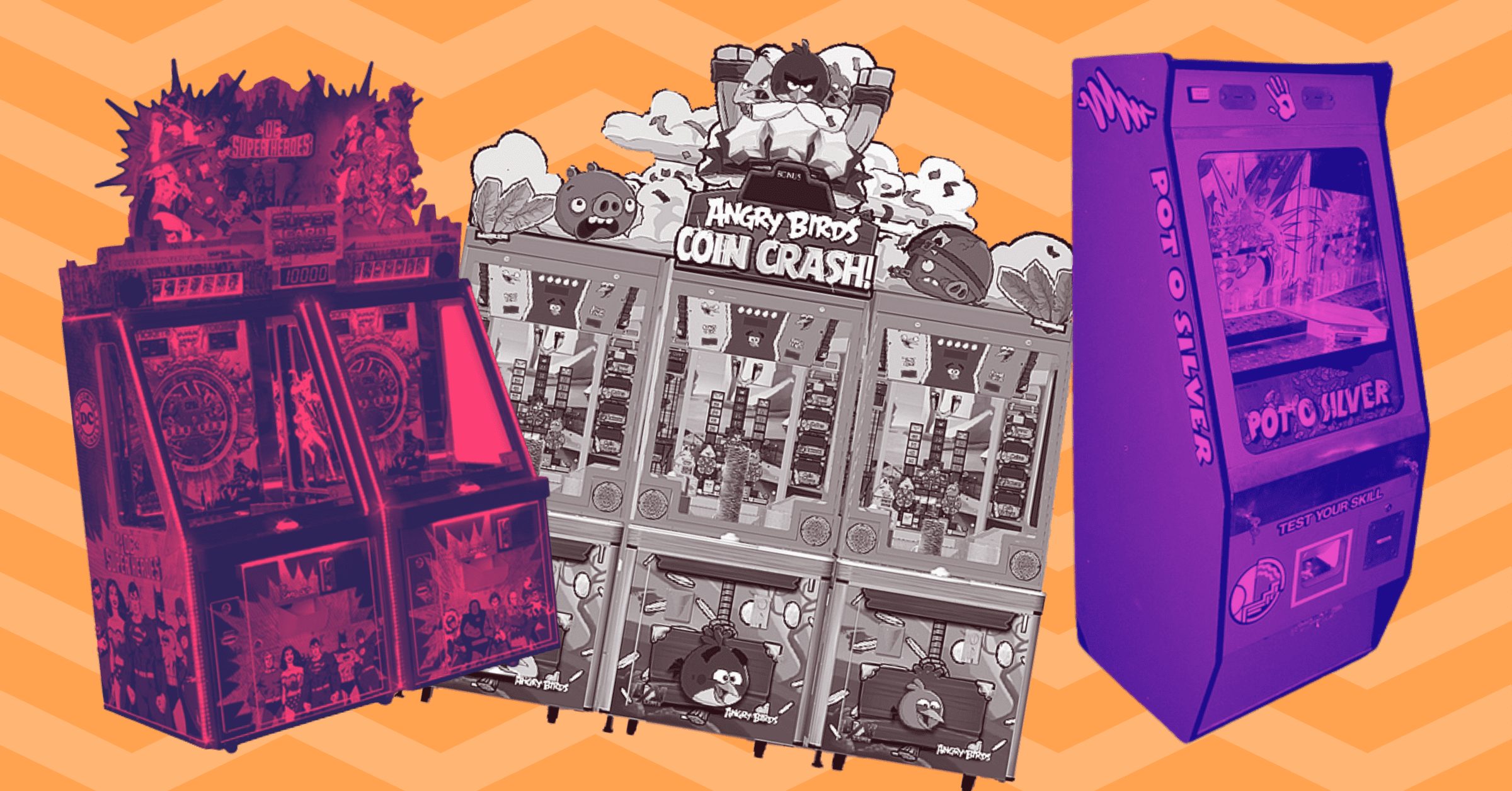 If you've found yourself at the arcade drawn in by the lights, sounds, and motion of a coin pusher machine, you're not alone. It's captivating watching the machine's parts push coins and tokens around, just waiting for that jackpot moment where hundreds of tokens all fall into the machine at once. 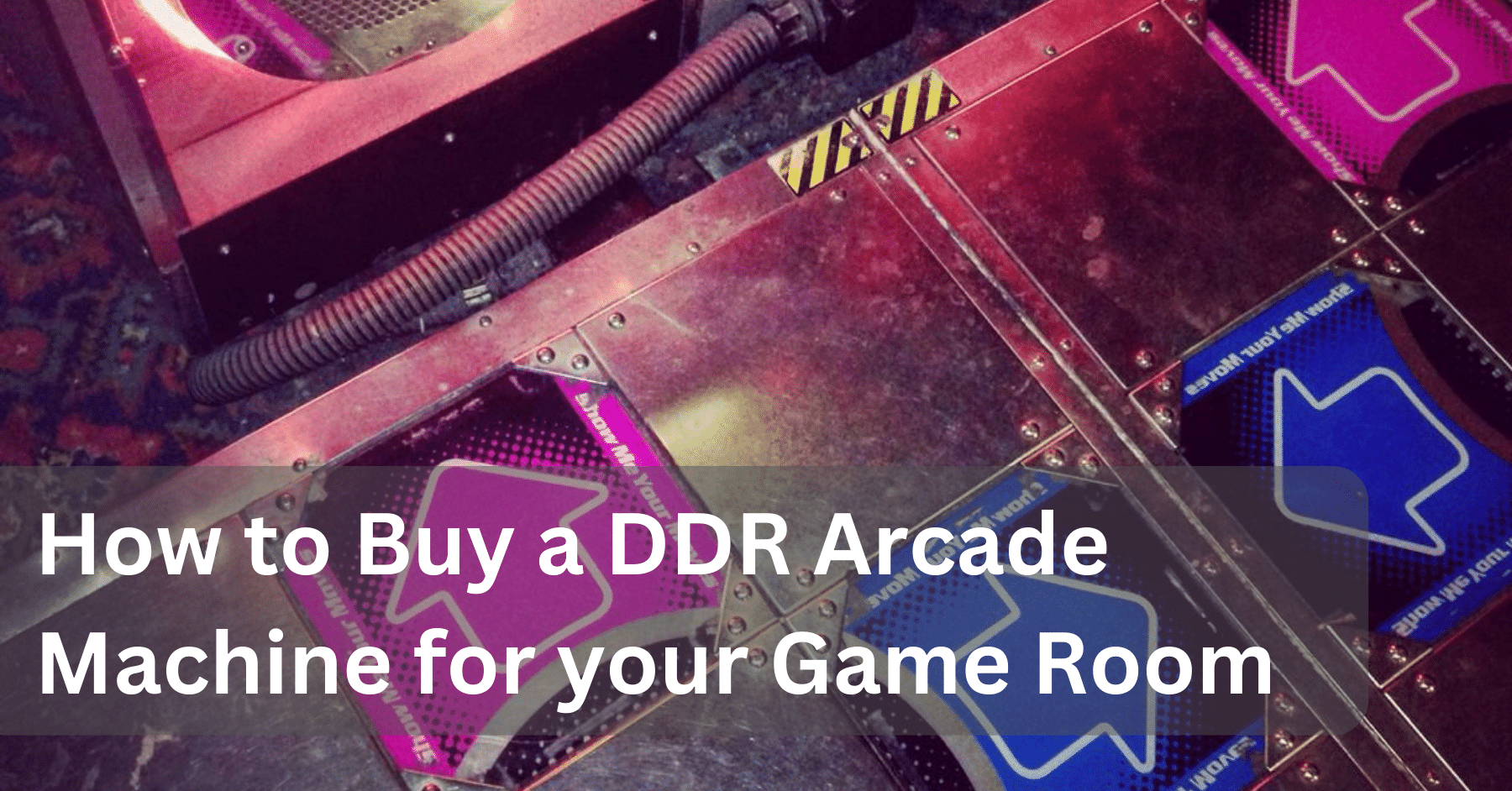 Do you love to dance? Do you love video games? Were you an arcade kid who came of age in the late 1990s and early 2000s? If so, then you should consider buying a DDR (Dance Dance Revolution) arcade machine for your home game room! 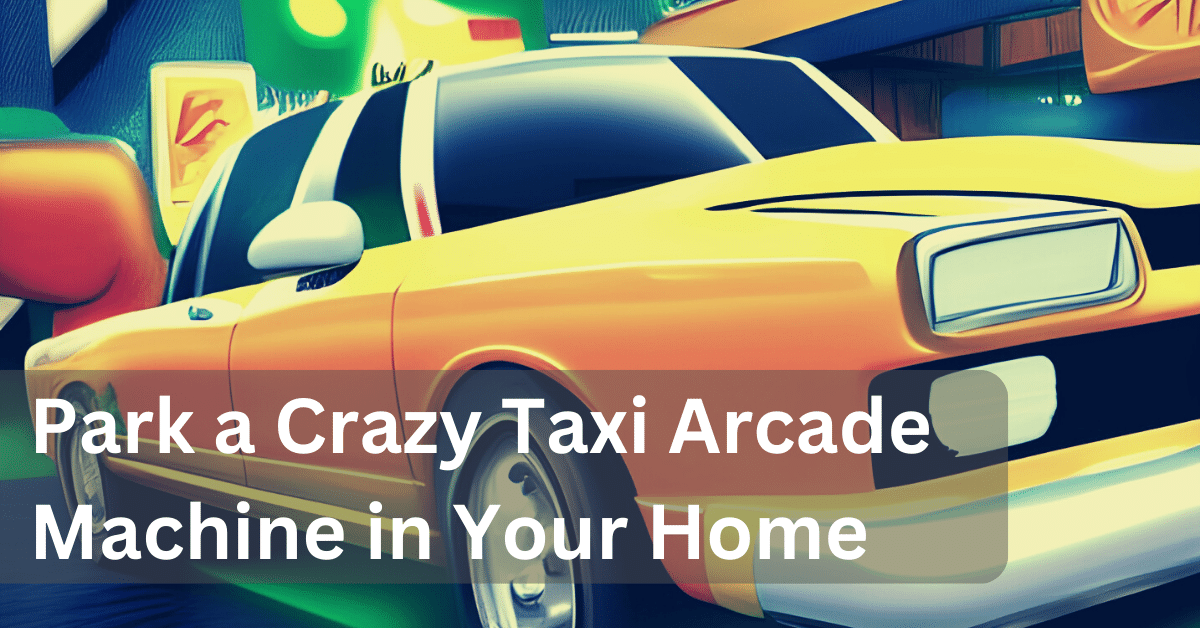 The year? 1999. There were disappointments, for sure, but we did get something spectacular; crazier than The Matrix’s bullet-time, crazier than Smash Mouth topping the charts…we’re talkin’ the Crazy Taxi arcade craze.